Woman claims to be BuzzFeed reporter at campaign stop 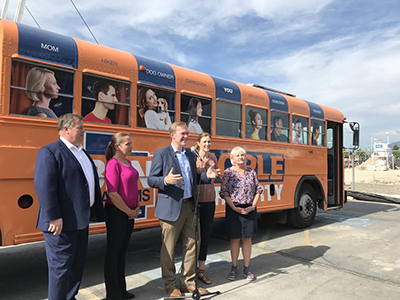 A young woman claiming to be a BuzzFeed reporter questioned Ben McAdams during a recent stump speech. BuzzFeed says the woman has never been employed by them. Although not confirmed, some believe she was a tracker sent to gather opposition research by Mia Love's campaign. Associate professor of political science, Matthew Burbank, says the use of trackers is common in today's politics. "However, posing as a BuzzFeed reporter, I think that's kind of beyond the pale," he said. Read more.