Have dysfunction and infighting made Utah’s major political parties irrelevant? 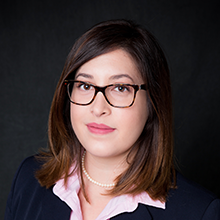 Nadia Mahallati says the role of parties is “in flux” after the passage of SB54, a 2014 law allowing candidates for partisan office to qualify for a primary by either gathering voter signatures or by earning the support of party delegates at convention.

“People are saying, ‘Why do we need parties if we can just get signatures and skip all of that insider politics?’” she said. “And I think that’s an ongoing thing that parties in Utah are trying to figure out. And, obviously, the Republicans have been more opposed to the signature path than the Democrats have been, but everyone is still just trying to figure out what the role of parties is.”