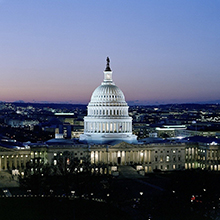 Tim Chambless, a University of Utah political science professor, remembers being told as a young boy in Houston that he could be president. He doesn’t hear parents tell their kids that often these days. He thinks there’s been an erosion of trust in government over time. For years, he’s asked college students in his classes what they think politics is. The answer he gives them is “problem-solving.”

Government can solve many problems and people have been able to take hard problems to elected officials, he said, where the political process can find answers. But he thinks many Americans have become disillusioned with politics.