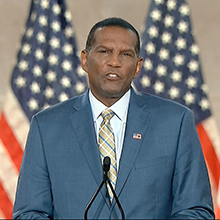 Baodong Liu, who studies race and politics, said Owens' message on race — which has largely disregarded the notion that Blacks or other minorities in modern America face discrimination or any special challenges because of the color of their skin — isn’t targeted at the independent and minority Utahns he’ll likely need to win the Nov. 3 election.

“Owens," Liu said, “is running as a candidate primarily appealing to white voters and Trump voters.”