Modern humans may have evolved far earlier than thought 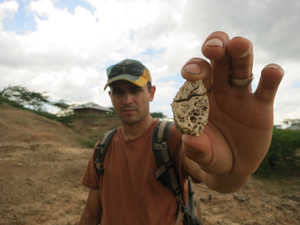 New discoveries suggest that trading emerged during a period of tremendous environmental upheaval in the region. They believe that this environmental instability drove humans to develop new technologies and social structures, to secure their livelihoods during times of scarcity.

"These behavioral innovations may very well represent a response to rapid changes in the environment", said Tyler Faith, assistant professor of anthropology. "They may have actually been the behaviours that distinguished our lineage/gene pool from other early human species." Early humans were engaging in surprisingly sophisticated behaviours far earlier than we thought. Read more.