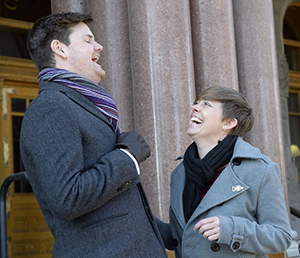 Among the newly minted Utah public servants taking the oath of office for city council posts last week were four whose elections may mark a slight shift in the state’s often predictable, mostly conservative political landscape. All are openly gay. Political science associate professor Matthew Burbank said the four-of-seven outcome is “better than I would have thought,” and suggests that attitudes among Utah voters are changing along with those in the rest of the country. Read more.