Hate has regional roots in poverty and lack of education 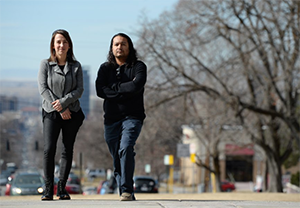 "There is no one specific cause of hate, though generally speaking, it typically stems from fear," says new study from Emily Nicolosi, PhD candidate in geography, and Richard Medina, assistant professor of geography. They found that hate groups are most active in areas with lower levels of education and ethnic diversity and a higher prevalence of poverty and conservative politics, but a closer analysis reveals varied and unique regional patterns to what drives hate-group activity. This suggests there is no single solution for addressing hate nationwide. Learn more about their findings.