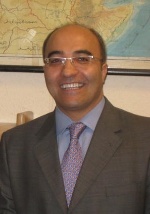 On July 15, 2016, a faction of the Turkish military attempted to overthrow the government of President Recep Tayyip Erdoğan. The Turkish government blamed the unsuccessful coup attempt on Gülenists, adherents of an Islamist movement led by Fethullah Gülen. Hakan Yavuz, professor of political science said, "In Turkey, the Gulen movement as a structure is more or less finished, but the soul, the spirit of the moment is still alive. … The ghost is there. This ghost will not go away until Turkish society has some kind of reconciliation." Read more in Yavuz's recently published book Turkey’s July 15th Coup: What Happened and Why and a recent article in Sputnik News.