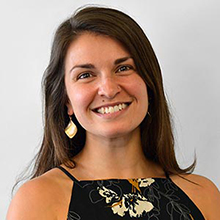 Parisa was recently awarded an NIH NRSA for her project titled "Daily dynamics of suicide risk, dysregulation, and sleep disruption across the transition to parenthood.” Her outstanding mentoring team includes Sheila Crowell and Jon Butner as co-sponsors, as well as Liz Conradt and Paula Williams as additional mentors. Congratulations Parisa!

Suicide accounts for 20-30% of maternal postpartum deaths, and is the second leading cause of death among new mothers. Despite this national health crisis, current suicide research sorely neglects samples of pregnant and postpartum women. There is urgent need to identify factors contributing to suicide risk in this population; however, current perinatal research is limited by single-diagnostic approaches and poor measurement of selfinjurious thoughts and behaviors (SITBs). In addition, suicide research, in general, is in dire need of methodological advancement, as predictive ability for suicide attempts has not improved. This project will advance these fields of research by implementing an innovative multiple time-scale design that captures repeated measures of women’s SITBs and relevant risk factors across the perinatal period. Specifically, sleep disturbances (e.g., poor sleep quality, frequent nightly awakenings) and emotion dysregulation will be measured, as they are well-established transdiagnostic risk factors for SITBs that are highly relevant across the perinatal period. Pregnant women aged 18 to 39 who are enrolled in a parent R01 study (R01MH119070) will be recruited for this project. They will wear wrist actigraphs for objective sleep-wake measurements and complete brief morning and evening surveys on their sleep, emotion dysregulation, and SITBs for 7 days during the third trimester, 6 weeks postpartum, and 4 months postpartum. These three time points are meaningful across the perinatal period, as sleep outcomes decrease substantially by third trimester, depressive symptoms often develop around 6 weeks postpartum, and there is virtually no research on women’s mental health beyond 3 months postpartum, despite evidence that most maternal self-harm deaths occur between 9 and 12 months postpartum. This short-term longitudinal study will use dynamical systems modeling to illuminate temporal relations between women’s sleep, emotion dysregulation, and SITBs (Aims 1 and 2), as well as how sleep and emotion dysregulation influence SITBs over time (Aim 3). Dynamical systems modeling is nascent in suicide and perinatal mental health research, and offers an innovative approach to characterize how constructs interact and change over time. Moreover, this project’s multiple time-scale design affords a critical opportunity to uncover how the birth of a child may change the dynamics between these constructs. Given rising rates of suicide among women of childbearing age as well as devastating consequences of maternal death on children and families, this project addresses an urgent need to understand the emergence of suicidality across the transition to parenthood. When the aims of this project are realized, there will be a foundation for future research and interventions designed to reduce perinatal distress and maternal self-harm-related deaths.