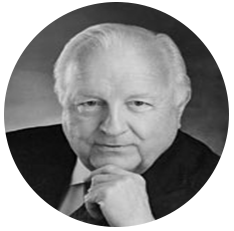 Leonidas Ralph Mecham is devoted to serving his family, country, church, and the University of Utah. He is Director of the Administrative Office of the U.S. Courts where he has served for the past 19 years and is a member, along with seven leading federal judges, of the Executive Committee of the Judicial Conference of the U.S.

Mr. Mecham embarked on a career in 1952 that has included outstanding service in the corporate world, with the Four Corners Regional Economic Development Commission of the U.S. Department of Commerce, as Chief of Staff to a United States Senator, as Vice President of the University of Utah, and in service to the Church of Jesus Christ of Latter-day Saints. He graduated from the University of Utah with highest honors, receiving a B.S. in Political Science in 1951, a Masters of Public Administration from Harvard University in 1963, and a J.D. from George Washington University.