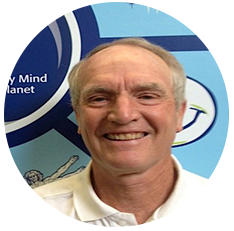 Laury was born and raised in Salt Lake City, Utah and is a graduate of the University of Utah where he played on the nationally ranked tennis team. His parents, Lee and Ruby, met playing on the U tennis courts and both are members of the Utah Tennis Hall of Fame. The Hammel family was the USTA National Tennis Family of the Year in 2000 (twice Intermountain Family of the year).

Lee Hammel was the manager of the Salt Lake Tennis Club from 1954-1963 and he built the first swimming pool at the club. Fifty years after Hammel's father ended his job as club manager, Hammel purchased the Salt Lake Swimming and Tennis Club. After two years of managing and owning this iconic institution the club has been turned around financially, has an outstanding team of staff members, and is in the process of constructing a new 28,000 square foot fitness facility.

Hammel is the President and CEO of The Longfellow Clubs in Wayland, Sudbury, Natick, and Franklin, Massachusetts and Salt Lake City, Utah. The Longfellow Clubs have been in business for over 43 years and include health and tennis clubs, holistic health centers, children's centers, and camps that serve 12,000 members. Longfellow is the 45th largest health club business in the US and third largest in New England and is a recognized industry leader in innovative business practices, environmental responsibility, and community service. Longfellow is known as the greenest health club in the US because of its ground-breaking environmental business practices. The Longfellow Clubs were recently honored by the Boston Globe as one of the top places to work in Massachusetts.

Longfellow is legendary for its community service and contributions to the health and wellbeing of all members of the community. Hammel founded the Handi-Racket Tennis Program which is the nation's longest running tennis program for children and adults with special needs. Longfellow is also the home of the Massachusetts Special Olympics tennis team. Handi-Racket received the first USTA award for an outstanding Adaptive Tennis Program in 2010. Hammel also served on a pro bono basis,as the Executive Director of the Sportsmen's Tennis Club, an inner city tennis club teaching young people tennis and life skills. At the time it was close to shutting down and after five years of dedicated work and funding he successfully rebuilt the Sportsmen's Tennis Club's physical plant, staff, and programs. The junior program grew from 43 juniors to over 500 young people playing tennis on a weekly year-round basis.

Longfellow has been a leader in the sustainable business movement for several decades. 1988, Hammel founded the Sustainable Business Network of Massachusetts Boston (SBN) In 1991 he founded the national business group, Business for Social Responsibility (BSR). In 2001, he co-founded the national organization the Business Alliance for Local Living Economies (BALLE). Hammel currently serves as the Executive Director of SBN and he was instrumental in guiding SBN to develop the most successful green certification program for independent businesses. SBN has also developed the Boston Local Food Festival, ALLocal Dinners, and other local food programs. SBN has now become one of the leading networks of local businesses promoting local food and expanding the local food system. He also was instrumental in founding over 30 Local First networks in Canada and the US including Local First Utah.

The Longfellow Clubs are currently (in conjunction with the Genavix Wellness Network, a network of over twenty-five independent health clubs in New England) offering a breakthrough program called the '90 Day Commit to Get Fit Program' that has had proven results in supporting clients in becoming more healthy, losing weight, and reducing their health risks for a variety of diseases. Insurance companies and hospitals are increasingly seeing this program to be one of the most effective way to support the health of our community and to reduce life-threatening illnesses.