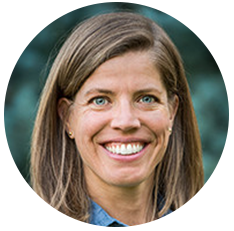 Janine Donald was the Executive Director at Splore, a nonprofit adventure company which specializes in providing life-changing outdoor adventures for people of all abilities. Donald is an alumna of Pacific University in Oregon and in 2012, received her Master in Public Administration from the University of Utah. Donald values getting involved with community organizations: in 2010, Donald and four friends started the Tour de Brewtah, a community cycling event that supports local nonprofits. She is also the past Board President of the Salt Lake City Chapter of Amigos de las Americas. A native of Seattle, Washington, Janine is proud to call Salt Lake City home and is totally in love with red rock country and Utah sunshine.

Janine is currently the Executive Director at Elements Traverse.