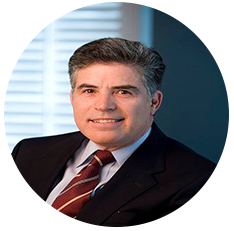 Mike Zuhl's vast background in government and public affairs, combined with the relationships he has cultivated over three decades, make him an invaluable asset to clients who are scrutinized by regulatory and legislative bodies. His vigilance, candor and high ethical standards have earned him the kind of reputation that gives his clients a competitive leg up ... especially helpful when going before the governor, the legislature, or county and municipal governments to make their case.

Along with the rest of the Salt Lake City team, Zuhl has developed a specialty in public funding of mass transit projects. The historic victory that he helped achieve on Utah Transit Authority's sales tax campaign has become a model for other cities. He has since taken R&R's unique formula for transit initiative success to cities like Charlotte, Honolulu and St. Louis – and has emerged victorious every time. When it comes to mediating for a desired outcome in the public eye, Zuhl has an impressive record, such as diffusing a heated labor dispute with physicians on behalf of Intermountain Healthcare, which continues to influence their labor contracts to this day; and developing a successful municipal and legislative strategy on behalf of the Metropolitan Water District of Salt Lake and Sandy in their efforts to locate a major water treatment facility. Prior to his tenure at R&R, Zuhl directed his own government and public affairs business where he jump-started his transit expertise, leading Citizens for Balanced Transportation, a nonprofit corporation supporting improved transportation in the Salt Lake Valley.