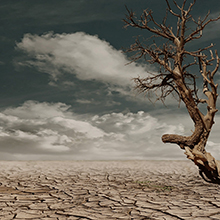 In March, Utah adopted a law creating a new water banking program, similar to those in other states, that will allow water rights holders to “bank” their unused water rights and lease them temporarily to others without selling them outright. This might help a place like St. George, the fifth-fastest growing metro area in the U.S., according to the Census bureau. Since 1980, its population has grown nearly seven-fold from 26,000 people to nearly 178,000.  “We’re projecting it to reach about a half a million people in the next 50 years,” said Pam Perlich.