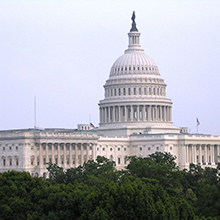 “The hardest thing to do in American politics is to withdraw a right,” said Daniel McCool, a political science professor at the University of Utah.

Even though those rights were privileges in the legal sense, the perception that they were rights, and that they were being taken away, fueled the original Sagebrush Rebels, McCool said. “The roots of the Sagebrush Rebellion were when they no longer got what they wanted,” he said. “There’s a direct line from there to the Bundy groups active today.”