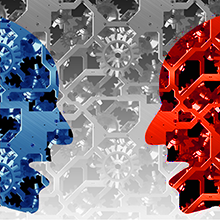 Bernie Sanders easily won both Oklahoma and Utah in 2016, garnering almost 80% of the vote in the Utah caucuses over Hillary Clinton, who didn't hold any public events before the late March vote. Sanders held a Salt Lake City rally before the caucuses that was so large, he scheduled another one days later.

Matthew Burbank saw the enthusiasm firsthand when he returned home on caucus night to find all the parking spots on his street near a caucus site were taken. “I think progressives in the party said, ‘This is our chance,’” he said. “There was a sense of ‘he’s one of us.'”