Past Climate Change: A Warning for the Future? 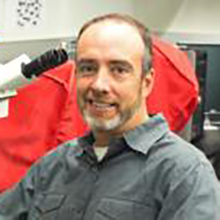 One of the biggest problems in the future may be that climate extremes will harm many countries, and that their “climate refugees” will be pushed from ancestral homes into more temperate and developed places not as badly affected by climate change. The migrations could cause great stresses in the host countries.

Mitchell Power said: “So it’s kind of a one-two punch: if the climate doesn’t get you, it might be the thousands of bodies that show up that you have to feed because extreme drought forced them out of their homelands.”