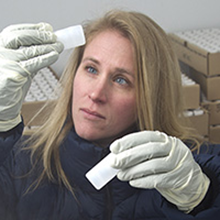 Summer Rupper says "What we're able to do using spy satellites is to cross the entire Himalayan range, [and measure] hundreds of glaciers of all different types and sizes, over a much longer period of time."  The Himalayan mountain range, home to Mount Everest, holds tens of thousands of glaciers. The study authors looked at 650 of them, across a 1,240-mile swath. They found that, on average, the Himalayan glaciers lost 10 inches of ice per year from 1975 to 2000. As average global temperatures increased, the average loss rate doubled to a loss of 20 inches of ice per year from 2000 to 2016.

Melting of Himalayan Glaciers has Doubled in Recent Years