Future of the European Union 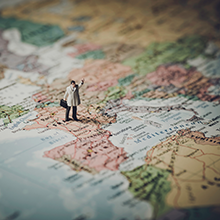 The United Kingdom “Brexit,” or the British exit from the EU has defined the premiership of now-former Prime Minister Theresa May. What will Brexit’s impact look like for the EU and the UK? Has the European Union project been a success for all of its member states? Those questions and more were addressed by Tobias Hofmann, Marjorie Castle, John Francis, and Brent Steele.