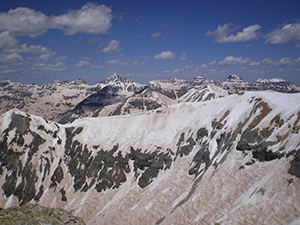 McKenzie Skiles, assistant professor of geography, and a team from NASA; University of Colorado, Boulder; and University of California, Santa Barbara, found that dust, not spring warmth, controls the pace of spring snowmelt that feeds the headwaters of the Colorado River. Skiles said, "Given the reliance of the western U.S. on the natural snow reservoir, and the Colorado River in particular, it is critical to evaluate the impact of increasing dust deposition on the mountain snowpack." Read more.