Why Are Democrats Clinging to a Flawed Reagan-Era Tax Credit? 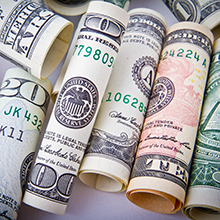 Tax credits became the preferred policy for redistributing wealth downward precisely because they do so discreetly. Instead of justifying a welfare expenditure, lawmakers got to boast about cutting taxes. Instead of a handout, the credits rewarded hard work. Marshall Steinbaum explained, “The EITC was supposedly the perfect income-support policy because it got the incentives right.”