Is US in constitutional crisis? That may not be most important question 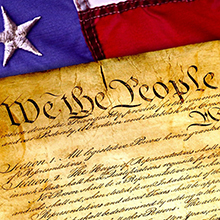 President Trump’s combative letter to the House on Tuesday seemed as much directed toward his rally-going base as a serious attempt to argue legal issues with Democratic leaders. If he maintains his popularity among GOP voters, it’s highly unlikely the impeachment process will result in his removal from office.

James Curry explained, “Trump has never been the type of president who has tried to appear above the fray, ever. You can make the argument that part of what’s made him successful with Republicans is his willingness to be competitive.”