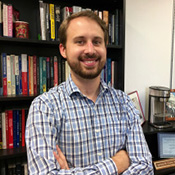 After an absence of nearly a decade, two big climate and energy policies are emerging in the Washington debate. The GND represents the progressive flank of the Democratic Party, but it has no Republican support. The other, a carbon tax, is bipartisan and reflects controversial compromise.

While America’s political discourse has gotten more partisan in recent years, actual laws passed by Congress have not, according to forthcoming research described to Axios by James Curry, political scientist at University of Utah.