Climate change is worse than once predicted 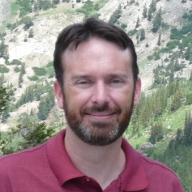 “Studies have shown climate change has worsened droughts, downpours and heat waves, such as the Russian one in 2010, that have killed thousands of people. And they have linked climate change to the growing amount of land in the western United States burned by wildfire, which wasn't considered a big climate issue a couple decades ago,” says Philip Dennison, professor of geography. Continue reading.