Black wealth gap in the U.S. 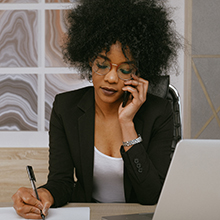 Vast differences in income have widened the wealth gap. More than a third of White households earned in excess of $100,000 per year in the first quarter -- a share twice as large as that for Black households.

The decline of unions has had a significant impact on the inequality, said economist Catherine Ruetschlin, an adjunct assistant professor at the University of Utah who has studied the racial wealth gap. The trend has reduced the bargaining power of workers, especially the Black middle class, since the 1970s.