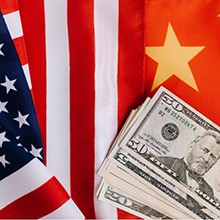 No one disputes that the 1906 Antiquities Act gives Biden the authority to honor the tribes’ request, which, unlike when then-President Donald Trump reduced the monuments, is now endorsed by a new Democratic-majority, Navajo-led San Juan County Commission.

Rather than quickly restoring the two shrunken monuments, Biden instead called for a review of their “management conditions.” That review is now being carried out by Haaland, an enrolled member of the Laguna Pueblo.

“This is a historic moment. She’s the first Native American secretary of the Interior and she’s going to be meeting with, among other people, the San Juan County Commission, which is the first San Juan County Commission in history to have a Native American majority,” Dan McCool, a University of Utah political scientist, said before Haaland’s visit.