Scientists Have Discovered Two More Animals That Experience Menopause Like Us 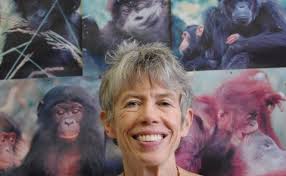 Beluga whales and narwhals are the latest known addition to the ranks of menopausal mammals. The grandmother hypothesis, developed by Kristen Hawkes, distinguished professor of anthropology, may hold the answer to why they do. For these whales, Hawkes said, "some kind of grandmothering does seem likely, but what?" It's hard to be sure because their chilly and remote northern habitats make it tough to study behavior.

She pointed to a recent study in orcas, which found that killer whale mothers share salmon with "their bigger adult sons." Those adult sons mate elsewhere, and so "the help the older moms give to their big sons results in more grandchildren" who don't compete with the lineage of grandma's orca pod. Read more.

Similar coverage:
Beluga whales and narwhals go through menopause, too