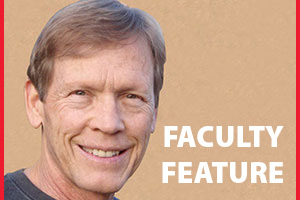 Professor Emeritus Daniel McCool (Political Science), recently testified in a two-week Montana voting laws case, deciding whether ballot collectors in Montana can be paid, what forms of identification are acceptable to vote and whether removing Election Day registration is legal.

During his lengthy testimony, Dr. McCool said that the number of costs added to Native Americans living on reservations has grown with the new laws. He also testified that the voter costs for Natives is often very different than those faced by non-Natives.

Dr. McCool has written and published extensively about how election systems are designed to increase or decrease access to voting. Often called a “voter cost,” Dr. McCool said that voter costs are cumulative and can add barriers to voting.

Read more about Dr. McCool’s testimony in the Missoula Current

Discussion channel for insightful chat about our events, news, and activities.