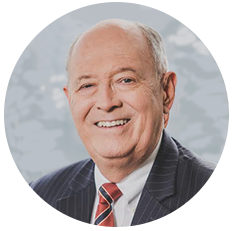 Mr. Yacktman holds a B. S. Magna Cum Laude in economics from The University of Utah and an MBA with distinction from Harvard University. Don began his career at Yacktman founding the company as its President, Portfolio Manager, and Chief Investment Officer. Don has been a Portfolio Manager for the AMG Yacktman Fund and AMG Yacktman Focused Fund since inception. In June of 2012, Don was named Partner and appointed to Yacktman Asset Management's newly formed Management Committee. Since founding the company Don has been awarded the 1994 "Portfolio Manager of the Year" by Mutual Fund Letter. Don has also been nominated by Morningstar as Fund Manager of the Decade in 2009, and finalist for Morningstar's Domestic-Stock Manager of the Year award in 2011.