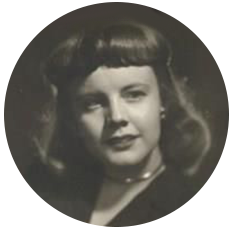 Mary Chase Tommaney grew up in Salt Lake City, Utah.  She graduated from the University and went on to the University of Southern California for a Masters in Merchandising.  Returning to Salt Lake, she became Assistant Advertising Manager in a large fashion department store, later leaving for summer in Europe with school friends.

Upon returning, she lived in New York where she had a 25 year career in advertising sales promotion, and was an account executive for various advertising agencies.  She married a New York attorney with Parisian clients and they had an apartment on the Ile Saint Louis for 17 years.  She maintained ties to a New York townhouse and a home in the Berkshires.  Her two children and two young grandchildren live in New York State.  She was most interested in the music, arts, travel, and painting.