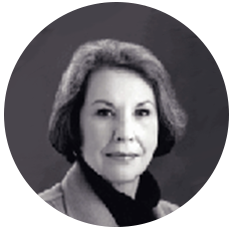 Joan Wasson Smith has worked for peace and justice, and against bias, bigotry, and racism in Utah. She received a B.A. in sociology with a concentration in political science from The University of Utah and a M.S.W. and D.S.W. from The University of Utah Graduate School of Social Work. Professionally, she worked in private practice as a licensed psychotherapist until she accepted the position of Executive Director of the National Conference for Community and Justice, Utah Region, from which she recently retired.

Dr. Smith has tirelessly served on community boards, including: the Salt Lake YWCA, Valley Mental Health, Women Concerned About Nuclear War, Utahns United Against the Nuclear Arms Race, and many more. She has traveled all over the world promoting peace and non-violence. Dr. Smith has remained active with The University of Utah by working with students in field education and by visiting as a guest speaker on issues related to diversity and advocacy.