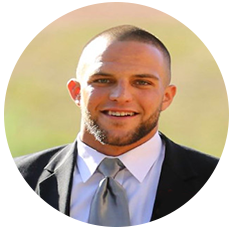 As a student Matt Martinez earned a degree in Sociology and a second in Economics while significantly contributing to the University of Utah Football team as a linebacker and team captain. Matt's success has continued post-graduation as he has excelled as a Regional Account Sales Executive for ADP Payroll and Business Solutions in Salt Lake City. Just three years into his career Matt had taken the business world by storm. He set extreme sales records as sales executive at ADP, which included achieving back-to-back President's Club in his first year and second year, a feat that's virtually unheard of. He has also been promoted to manage a team of seven in less than two years. In 2015 Matt was recognized as one of 20 in their 20's by Utah Business.

Outside of his career, Martinez founded a nonprofit organization called Ute Athlete Connect, which helps aid college athletes in their transition from sports to the professional world by introducing them to internships and mentoring. Through the organization Martinez has helped place many University of Utah football players in roles that give them an insight into a desired career path when the NFL doesn't work out. Matt hopes to continue developing the organization to help students and alumni achieve career success.