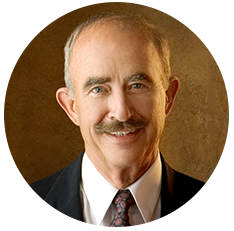 Don Lewon has been an exemplary leader in and supporter of the University, the College, and the community. He received a B.S. in Geography from The University of Utah. He is President of Utah Metal Works and has served as president of his industry's national council. Among his civic contributions are his longterm participation on the board of trustees for Wasatch Academy, also his alma mater, and his support of the Ronald McDonald House and the United Way. He has served many terms on the vestry of St. Mark's Episcopal Cathedral. In 2002 he was named "Father of the Year" by the Utah Diabetes Association.

Here at the U of U, Mr. Lewon has been a supporter of the Sam Rich Scholars in Global Affairs program and the Middle Eastern Lecture Series. A founding member of the College of Social and Behavioral Science Advisory Board, Mr. Lewon served on the Board for ten years and as the chair from 1998 to 2000. Each year, he and his wife generously support four Honor Roll Scholarships in the College.