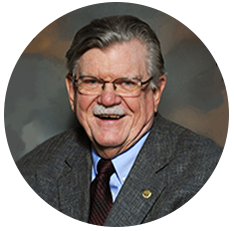 Bruce is a United States Senior District Judge. In 1978, he was nominated as a U.S. District Judge by President Jimmy Carter and confirmed by the U.S. Senate. He became Chief Judge in 1984 and stepped aside on May 28, 1993. Under Bruce's leadership the court automated and computerized administrative, record-keeping and research functions, reorganized the clerk's office and probation department and remodeled the federal courthouse.

Bruce has received numerous awards including the Utah State Bar's lifetime Service Award, the Emeritus Merit of Honor Award by the University of Utah Alumni Association and the Alumnus of the Year from the S.J. Quinney College of Law. He has authored numerous opinions, articles and commentaries on legal subjects.

Bruce married Margaret Watkins of Great Neck, New York and has four children – two boys and two girls. He is a photographer, book collector, and a student of history and language.