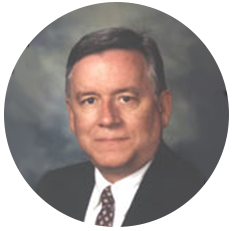 Jim Brass has more tenure on the city council than any other elected official in Murray. He is serving his fourth term as District 3 council member, taking his first oath-of-office in 2004. Prior to election Jim was a commissioner on the Murray City Planning Commission providing a wealth of land use experience. Jim's expertise and value on the council has grown during his years in office, as he has developed extensive knowledge serving as representative on the Central Valley Water Conservancy and the Wasatch Front Waste and Recycling Boards. Jim's profession has allowed him an all-encompassing knowledge of the power utility industry, which is a definite benefit when considering and acting on Murray Power issues. Over the years, Jim has filled many leadership roles within the council, and is currently Budget and Finance Chair, and Redevelopment Vice-Chair. Jim hails from New Jersey, moving to Utah in the 1970s and Murray City in 1987. He and wife, Jennifer, have four children and love the quality of life and community feel of Murray City. In his spare time, Jim walks, hikes, bikes and scuba dives in various Utah, national and world-wide sites.