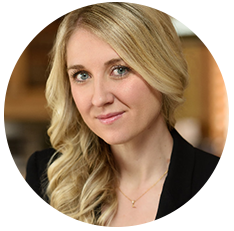 Lindsay Hadley has become one of the most sought-after consultants and producers in the nonprofit sector. Early in her career, she facilitated humanitarian projects in Kenya, Peru, Mexico, and Thailand. Since then, she has demonstrated her exceptional fundraising skills, raising more than $30M+ directly for her clients and has leveraged $Billions for causes through her campaigns and events.

She was executive producer of The End of Polio Concert in Perth, Australia, and the Global Citizen Festival in Central Park two years in a row (2012-2013) and producer 2014. The Global Citizen Festival has featured the world's biggest music acts, Hollywood actors, and countless world leaders. The festival secured a live audience of more than 60,000, leveraged $1.3 Billion in new funding commitments, and reached more than 3 billion people worldwide. It is the largest charity event syndication to date.

In 2014, Lindsay launched FilmRaise, an online platform that connects filmmakers, charities, and viewers for social change. FilmRaise partnered with some of the world’s top NGOs including the Nelson Mandela Foundation and The Malala Fund who earn money for every view of the film on their behalf. The platform has been praised as Indiewire and Forbes as “innovative” and “inspiring.”

Lindsay was selected as a winner in Utah Business magazine’s 2015 FORTY UNDER 40 Awards. Lindsay co-founded the tech start up, Time Machine. Hadley Impact Consulting worked on the first ever social impact fund partnered with the Vatican called the Laudato Si Challenge. Lindsay is a founding partner of the LSC and Executively Produced the first ever Demo Day at the Vatican. Lindsay is also the senior development consultant for United for Global Mental Health.

Lindsay is the mother of 3 boys and the wife of a loving and supportive husband. She prizes family and personal relationships over everything else.

Visit www.hadleyimpact.com for more information about her clients and projects.

What has your degree meant to you?

In regards to her degree, Lindsay stated "My degree allowed me to enter the work place with the confidence that I was qualified for the work I was hired to do around social impact and was a great indication to me personally at the time that I could obtain goals I set for myself."