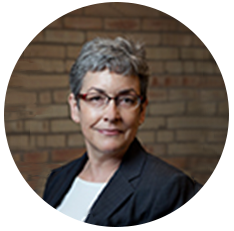 Connie White became Western Electricity Coordinating Council's (WECC) Vice President of Compliance in 2009. She provides oversight and directs all aspects of WECC's Compliance Monitoring and Enforcement Program (CMEP). This includes the registration process, audits, investigations, and enforcement, for more than 450 entities in the Western Interconnection.

During 2013, White served as Acting Regional Manager. In this role, she represented WECC with the other Regional Managers and the North American Reliability Corporation (NERC) on issues relating to NERC and the Regional Entities.

In 2007, White joined WECC as the Director of the Western Renewable Electricity Generation Information System (WREGIS). WREGIS is an independent, renewable energy tracking system for the region covered by WECC (all or parts of 14 Western states, the northern portion of Baja California, Mexico, and British Columbia). WREGIS tracks renewable energy generation from units that register in the system using verifiable data, and it creates renewable energy certificates for this generation.

White serves on the Utah Department of Alcoholic Beverage Control Commission. In addition, White is a member of the University of Utah's College of Social and Behavioral Sciences Advisory Board. She has taught courses as an Adjunct Assistant Professor in Administrative Law for the Masters of Public Administration program in University of Utah's Department of Political Science in Salt Lake City. Previously, she served on the YWCA of Salt Lake City Board.

White holds a Doctorate of Jurisprudence from Loyola University in Chicago, Ill., and a Bachelor of Arts from the University of Utah in Salt Lake City.