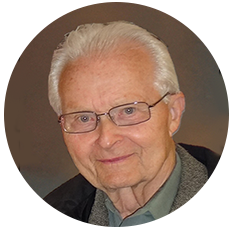 Siegfried Karsten earned three degrees from the University of Utah including a bachelor's degree in mathematics in 1958, a master's degree in economics in 1962, and a Ph.D. in 1970 in economics.

During his professional career, Siegfried worked as a systems analyst for Hercules Powder Company where he developed a computerized management information system. He also worked with the state of Utah to conduct demand and elasticity studies for the electricity and natural gas industries.

Siegfried has written several columns on industrial policy, consumer behavior, environment and development, and China's and the Soviet Union's approaches to socialist social market economics. He is the author of Business Forecasting and Economic Cycles.

In 1999, Siegfried and his wife Ellen established a fellowship in honor of their friends, Mary and Frank Howard. The fellowship is awarded to an economics graduate student at the U. In 2002, they established the Siegfried and Ellen Karsten Endowed Foster Scholarship Program- a scholarship given to a young woman who has grown up within the foster care system.