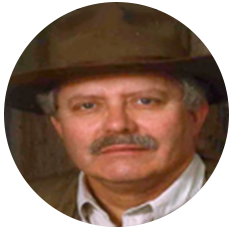 Michael R. Rosmann is a psychologist and farmer whose life's work involves improving the behavioral healthcare of the agricultural population. He seeks to advance regional and global food production policy which enhances the behavioral and economic welfare of food producers, maintains stewardship of the land and other resources used in food production and protects the safety of food for consumers. In an era of increasing tension due to bioterrorist threats and shifts in the agribusiness climate, he is a voice for the agricultural population. The New York Times said this about him: "A fourth generation farmer as well as a clinical psychologist, he speaks the language of men and women on the verge of losing their place on the land."

Rosmann has been instrumental in developing a new specialty: agricultural behavioral health. His 2011 book, Excellent Joy: Fishing, Farming, Hunting and Psychology, received the Foreword Reviews Book of the Year Silver Award in nature. He has written many book chapters, short stories, scholarly articles and magazine features. He has appeared on ABC, CBS, CNN and National Geographic television network programs and has been a guest on National Public Radio and the Farm Bureau Network numerous times. He writes a weekly syndicated column, Farm and Ranch Life, for numerous newspapers. He has often served as a keynote speaker at state, regional, national and international conferences. With other concerned citizens, Rosmann founded AgriWellness, Inc., a nonprofit seven-state program which promotes accessible behavioral health services for underserved and at-risk populations affected by the farm crisis and by the ongoing transitions in agriculture and which was deemed a best practice in Rural Healthy People 2010. He is also adjunct faculty at the University of Iowa. He is an avid fly fisherman and hunter.

Michael R. Rosmann received a bachelor's degree in psychology from the University of Colorado and a Ph.D. in clinical psychology from the University of Utah. Following a five year stint as a faculty member in the psychology department of the University of Virginia, Rosmann and his family moved to their farm in rural western Iowa where he developed an organic crop and purebred livestock operation and worked full time as a psychologist. He developed the first mental health response in Iowa to the farm crisis of the 1980's. He initiated Prairie Rose Mental Health Center in Harlan, Iowa and was its director for eight years. Rosmann received the 2002 Victor I. Howery Memorial Award, given yearly by the National Association for Rural Mental Health to an individual who has made significant contributions to the rural mental health field. In 2012 the American Psychological Association made Rosmann its honoree for the State Leadership Award "for his exceptional service to the profession of psychology as a resolute advocate for rural mental health." He has been inducted into the Iowa Agricultural Safety and Health Hall of Fame. He is a leader of national efforts to fund health care for uninsured and underinsured farm and ranch families and agricultural workers and to establish a National Center for Agricultural Behavioral Health.