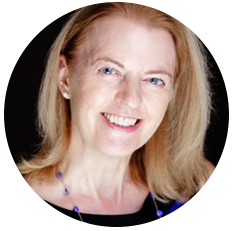 For more than a decade, she was on the frontlines of the women's movement as the youngest CEO of a national pro-choice political action committee, Voters For Choice.  She was the Founding Executive Director of Choice USA, and has worked to advance opportunities for women at leading advocacy organizations, including People For the American Way, Project Kid Smart, and the National Women’s Law Center.  She has organized high profile concerts for choice with major artists like Pearl Jam, Bonnie Raitt, Indigo Girls and others.  She produced a CD with Sony Music --  Mary Had A Little Amp – featuring songs by  Madonna, Maroon 5, Dixie Chicks, R.E.M., Graham Nash and others to raise visibility for preschool education.  Early in her career, she was a recipient of the Women’s Information Network’s “Young Woman of Achievement Award” and was named “A Rising Star” by Campaigns and Elections Magazine.

A former appointee to the San Francisco Commission on the Status of Women, she serves on the Women’s Leadership Board of the Harvard Kennedy School Women and Public Policy Program, on the Advisory Board of Women@Paley at the Paley Center for Media, on the Feministing Advisory Council,  on the National Advisory Committee of the Institute For Women’s Policy Research Status of Women in the States, and is a Trustee to the Stewart Mott Foundation. Follow her on Twitter @JulieBurtonWMC