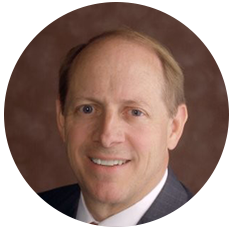 Simmons received a bachelor's degree in economics from the University of Utah in 1977, and a Master's in Business Administration (MBA) degree from Harvard Business School in 1980.

Active in community and industry affairs, Simmons has served as chairman or president of Utah Symphony, Utah Foundation, and Economic Development Corporation of Utah. He is president of the Shelter the Homeless Committee, chairman of the Salt Lake County Zoo, Arts and Parks Renewal Campaign and serves on the boards of Pioneer Theatre Company, Utah Youth Village, and Alliance for Unity. He is a member of the Board of Regents of the Utah System of Higher Education. He also serves on the board of directors for Questar Corporation, National Life Group (Vermont) and O.C. Tanner Company. He is past chairman of the American Bankers Association and is a member of the Financial Services Roundtable.