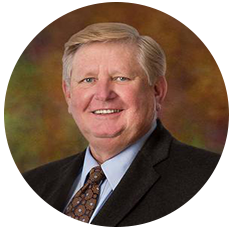 Kem C. Gardner earned a bachelor's in political science from the University of Utah in 1967 and a juris doctor from the S.J. Quinney College of Law in 1970.

Kem currently serves as chairman of The Gardner Company, a private commercial real estate company. He has worked for 38 years in real estate development, including many years as president of The Boyer Company. Kem has developed over 2500 residential lots and more than 28 million square feet of corporate office, medical buildings, retail shopping centers, life-style centers, hotels and industrial/manufacturing facilities.

Kem is a community volunteer and philanthropist. He serves on the National Advisory Committee for the University of Utah. He was chairman of the Board of Regents and currently chairs the board of trustees for Intermountain Health Care. Kem serves on the executive committee for the United Way of Salt Lake. He has served as chairman of the Salt Lake Chamber and led the Olympic Ambassadors – the fundraising arm for the 2002 Olympic Winter Games.

Kem and his wife Carolyn have given significantly to business, theater, music, student life and athletics at the University of Utah. They annually support the J.D. Williams scholarship endowment. They received the Camerata Award from the school of music and the Bravo Award from Pioneer Theater Company. Kem has also received the United Way's Compassionate Leader Award and was named the Giant in Our City by the Salt Lake Chamber this year.

Kem and Carolyn live in Salt Lake City and have seven children and 22 grandchildren.