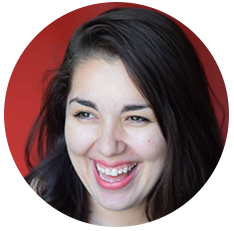 Ana Breton is a Director of Photography & Editor for comedy series, TV and documentaries. Currently, she lives in New York and works as the Digital Administrator/Producer for Full Frontal with Samantha Bee. She was a camera operator for the movie "In Football We Trust," which premiered at the Sundance Film Festival in 2015. On the side, you can find her working on comedy videos with The Box, an all-female talk show at The People's Improv Theatre; and the Upright Citizens Brigade. Ana graduated from the University of Utah with two Bachelors Degrees: Communications & Film Studies. She was born in Mexico City, speaks Spanish & really likes tacos.