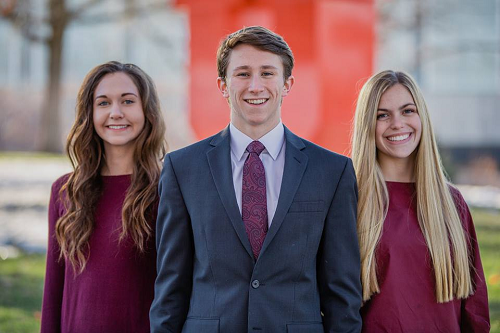 Between March 12 and March 15, students elected the RISE Party to be the new administration of the Associated Students of the University of Utah (ASUU). Two of the three executive positions are filled by CSBS students! Connor Morgan, center, is a biology and political science major who will serve as president. Maggie Gardner, right, is a human development and family studies major who will serve as VP of University Relations. RISE’s platform centered around student safety, transparency and on-campus activities. Read more.